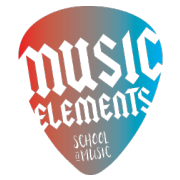 "There’s a raw and honest spirit and a highly refined sense of detail in the music of Dylan Jack, a gifted drummer and composer hailing from the North Shore of Massachusetts. There’s also a roiling spontaneity and brilliant clarity in the sound of his quartet...” – David Adler

Dylan Jack is a percussionist and composer participating in multiple genres within the Boston music scene. As a performer, Jack divides his attention between playing as a sideman with some of the city’s top improvisors including Charlie Kohlhase, Jeb Bishop, Bill Lowe, Eric Hofbauer, etc and leading his main creative outlet, the Dylan Jack Quartet. In 2016 Jack started the Dylan Jack Quartet, an ensemble focusing on original music. Combining intricately composed segments that utilize odd meters and phrasing with free improvisations, the music is described as “… bristling with rhythmic intelligence and rich in dynamic contrast and ebb and flow. (David Adler)” In September of 2017, they released their first album, Diagrams, which received favorable reviews from the jazz press. In June of 2020, they released their second record The Tale of the Twelve-Foot Man in on the Creative Nation Music label. Jack also co-leads the duo Hofbauer-Jack with premier Boston guitarist, Eric Hofbauer.

As an educator, Jack teaches percussion extensively to students of all ages and abilities. He is also involved in academia as a professor of the History of Jazz at Emerson College in Boston, MA. In 2013 he authored and self-published a drum-set method book, Meters and Accents, in collaboration with Marv Dahlgren (co-author of 4-Way Coordination). The material focuses on polyrhythmic and polymetric rhythms utilizing accents and all four limbs to create multiple layers to be used in any style of drumming. An aesthetic which can be heard in Jack’s original music and improvisations. Jack received his Bachelors degree in Percussion Performance from the McNally Smith College of Music in Saint Paul, Minnesota, and holds a Masters of Music in Modern American Music from the Longy School of Music of Bard College. For more information on performances, music, etc, visit www.dylanjackmusic.com

Caedmon wouldn’t have this passion and drive without you and your school. We are so thankful for how you, Dylan and John poured into him over the years. We look forward to many more years to come. ~ Ryan Chris Dovas is a Boston Based studio and touring drummer who is competent in a vast range of musical genres and styles. Chris has his degree in “music performance” from Berklee College of Music. Being influenced by many genres of music has made him a very technical and emotional player. Chris has enough energy to power various audiences as his performance is ignited by his soulful touch of the instrument, and his passion. Chris is currently a full time member of Seven Spires with their most recent album out titled “Emerald Seas” Participating in these projects has allowed Chris to showcase his technical skills in various genres of music. The blend of music styles that Chris performs also allowes him to develop his own unique sound, feel, and playing style that has been acknowledged by fellow musicians and fans around the world.